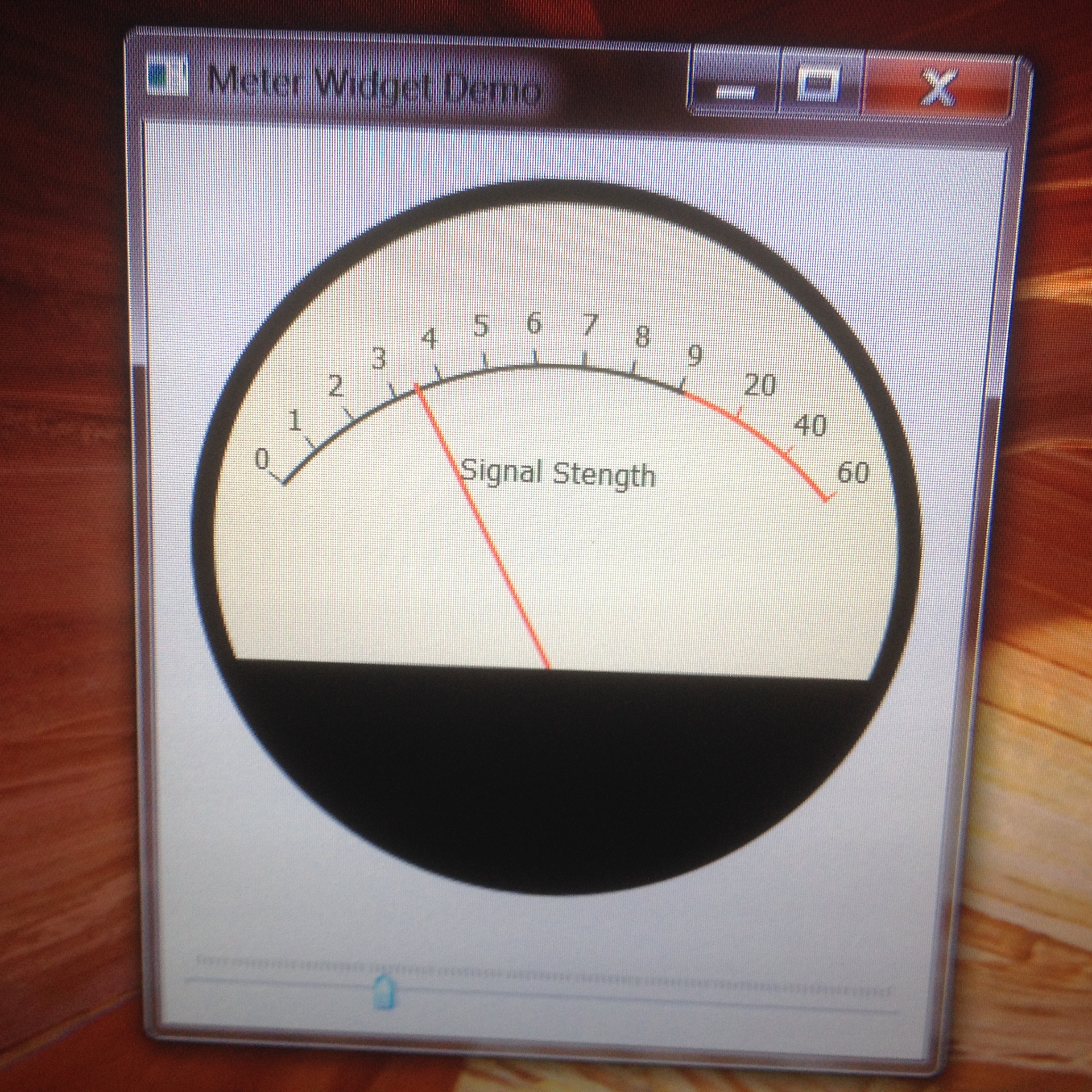 This code is now out of date as wrote it back in 2015 but my be a good starting point for a simular project or to see how it was done. Its possible to reconfigure the type of meter to anything without to much effort. The slider has been added just for demonstration. It is part of the application and not the Signal Meter widget.

The class is called SignalMeter it contains the functions to draw the meter and update its value. The functions contained in the class are:-

As you can see the function names are self explanatory. The paintEvent updates the screen when any changes are made. To use the class in your own project you need to add the SignalMeter class to your project folder. There are two ways you can add the widget. You can declare  a new SignalMeter instance add the widget using the code :-

The second method using Qt Creator is to use the design editor and placing a widget on to your design and using the promote option to promote the SignalMeter class to the widget you placed. To use the promote option highlight the widget right click over it and select promote then enter the class name and click promote. Now the Signal Meter widget its attached to your project. It will not show until you run the project. If you get any errors make sure the SignalMeter class is compiled and has generated an SingnaMeter.o object file.

The source code can be download along with the complied program which was compiled as a 32bit application and checked on Windows XP and 7. To run the demo unzip the files into a directory and double click the .exe file.